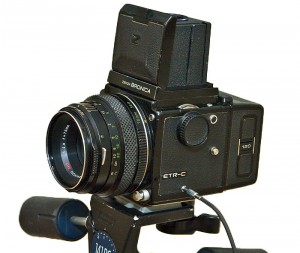 After a bit of head scratching and because of the nature of the shots on the film returned today I can discount that I have set the exposure wrong, now the operation of the camera after pressing the shutter release clunks the mirror out of the way and the oh so silent leaf shutter is activated.

Looks like flare on one side on a finished image. 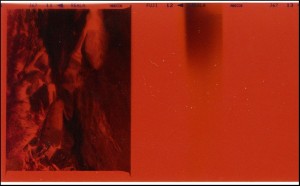 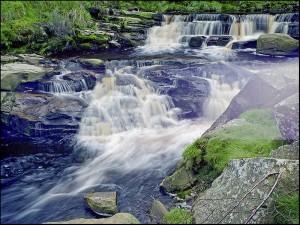 Links to information on the the light seals

have said this before, but feel that it needs to be said again!

The Seiko shutters on the Bronica lenses are liable to failure, probably no worse than any other camera in that regard, but repair is expensive. If you buy a lens try to get a guarantee and be sure to run a couple of films through the camera to test the lens. Problems appear as blank frames, maybe one or two per roll.

I emailed Ffordes regarding the issues with the shutter misfiring and have sent the lens back to them to test , when I tried it on the body I got the shutter working only about half of the time.
I have also fitted some light seals and run a film through with my 75mm lens on to try it hopefully no leaks and 15 frames.
Now wait a week (for the film to be developed) to see if any of that worked

I have just had the film back and the body and 75mm lens are fine got 15 frames exposed from a roll so 100% plus no evidence of light leaks now new seals fitted.
Just need to sort out that 50mm lens and back in business.

UPDATE.
Well I have had the 50mm lens back from Ffordes Photographic Ltd.
Recap.
I bought a 50mm lens for my Bronica for a modest sum but when used had lost frames getting 7 or 8 from a 15 exp film eventually worked out it was this lens because the shutter is in the lens and wasn’t firing every time, the lens had been mine for about 3 months when the penny dropped so I phoned Ffordes and told them the problem I was having and was asked to return it so they could check it over.

Well I have now got it back complete with repair guarantee (6 months) Its had a check over clean and a specific comment from the tech that the shutter release magnets have been cleaned (seems the likely culprit), anyway put it back on the body and cranked 50 or so shots and no misfires so looking good.

I am pleased with the excellent service from Ffordes and hopefully my misfire problem is solved.

You think its all over………and its not

Although the lens was overhauled I am still loosing 50% of my exposures per roll of film a bad thing.

I have just bought another lens (40mm) and have tried that the 75mm and the iffy 50mm lenses on and cannot get the 40 and 75 to misfire BUT the 50mm will misfire and I can jiggle the lens in the mount when locked (virtually no visible movement) to make it happen so that when I fire the shutter and it doesnt trigger then a wee jiggle CW and ACW of the lens will connect the shutter.

So at the moment I have the camera body and the iffy 50mm lens on there way to Scotland so that they can have a look what is happening.

I have inspected the mounts lens and body and they do look fine although the lens doesnt lock on as sweetly as my other lenses so maybe the fault is related to the mount the jiggle thing would point in that direction………………..just need to wait now and see what they come back with

And its still going on I have had camera and lens returned this morning  and still not right actually seems worse may be the knocks in carriage.

anyway the sequence with sound

And finally after several months of to and fro and still a lens that misfires I have I returned the lens and have now had a full refund.